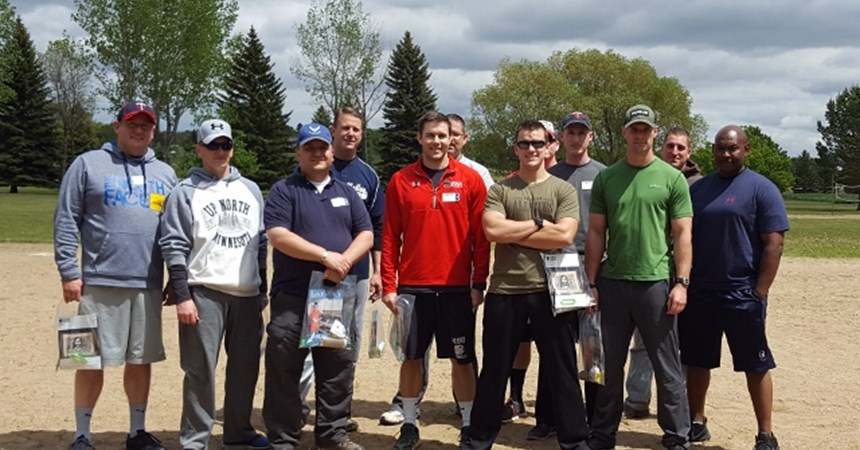 Police officers from Ward County Sheriff’s Office, Minot Police Department, McLean County Sheriff’s Office, and the North Dakota Highway Patrol played softball with Ranch kids and staff on Fun Day, an event we hold for our kids the day after the last day of school. We didn’t tell the kids our guests were police officers until the end of the game, and the looks on their faces when the officers introduced themselves was priceless.

This was a really big deal for our kids. Many of them come from homes where law enforcement is “the enemy.” They’ve seen their parents arrested, and in some cases, have had their own run-ins with the law. We were inspired to set this up when one of our girls reacted strongly to seeing a patrol car at school.  She stopped dead in her tracks, started to shake, and said she was too scared to move because there were “cops at the school.”

Last week, twelve police officers came to Dakota Boys and Girls Ranch. They played softball with our kids. They treated them with kindness and respect, and they were even pretty fun!

After everyone left, the young girl who was afraid, said, “Now that I have played with cops, it makes me think not all cops are bad and want to hurt us, but protect us.”

“After playing with them, I am not afraid of the police anymore.”

“Playing with them makes me look at them in a different way.”

“We should play another game with them. It was fun.”

The men and women in law enforcement are often portrayed in a negative way. We rarely see news stories about them spending an afternoon playing with at-risk kids. Yet, we believe that most police officers are good people who work hard every day to keep us all safe.

To the men who took time out of their busy lives to play with our kids, thank you from the bottom of our hearts. Our world is a better place because you exist. And now a bunch of kids see you in a different light.