Good at so many things! 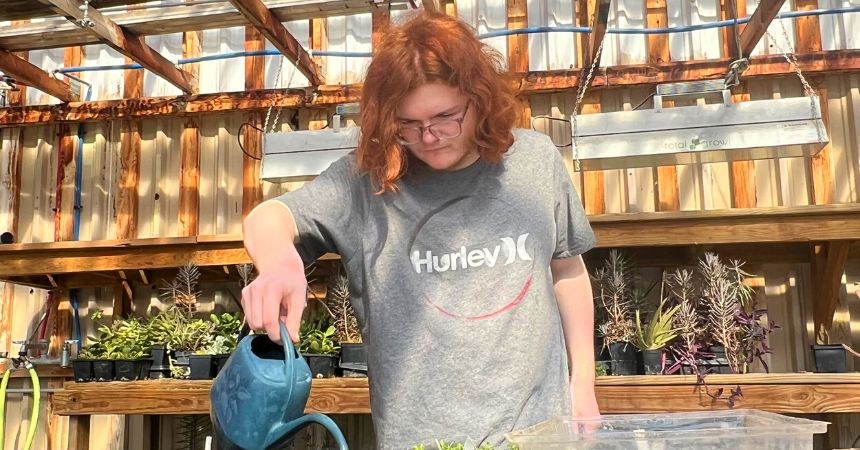 "I couldn't control my anger at all, and it was a very hard thing to deal with," Paytin said. "It's kind of like stopping a wave of water that is just too heavy to stop. Instead of redirecting it like I do now, I tried to stop it from flowing. And that never worked."

Paytin was a 5th grader when he started attending Dakota Memorial School, the on-campus school of Dakota Boys and Girls Ranch. "It got to the point where essentially my [home] school couldn't deal with me anymore. So, I came here."

While Paytin didn't understand his anger at the time, he now realizes it stemmed from an inability to understand what the people around him were doing and why, and from his disabilities.

Just weeks away from his high school graduation, Paytin credits the teachers and staff at Dakota Memorial School with giving him the tools and the motivation to address his anger. He acknowledges it wasn't an overnight transformation.

"The staff at the Ranch had a lot of patience with me when they could have refused to work with me. I have patience now, but back then, I would not have health with me for a second. I'd have walked right up to the principal with my quitting papers!"

Paytin said he thought a lot about the direction he was headed with his life and decided to make some changes a couple years ago.

"I started wondering why I'd be angry around people who are so positive. Like Mrs. DeGree, she is an absolutely amazing person. 10 out of 10," Paytin said. "Every time I talk to her it's just smiles, sunshine, and have a good day."

"When I got rid of my anger, finally, for the first time in my life, I had a clear mind. I realized I was good at so many different things and I just didn't know it because I was so mad. The day I decided to pull a full 180 must have been a beautiful day for my family. I'm sure they were under a lot of stress."

Paytin will graduate from the Dakota Memorial School Class of 2022 in May. For graduation, he plans to honor his father, who passed away in 2019, in a special way.

"I've grown all of this hair out just to get a Mohawk for graduation," Paytin said. "My dad really like his Mohawk so this will be a reminder of him."

As for the future, he is still exploring his options.

Whatever he decides and wherever he goes, Paytin is sure to fid and impart wisdom, impacting the world by living out his own life philosophy, "If you can make everyone else happy, they'll make you happy in the end."

This article was originally published in Ranch Voice: Spring 2022.

Read more stories like this and explore other issues of Ranch Voice here.