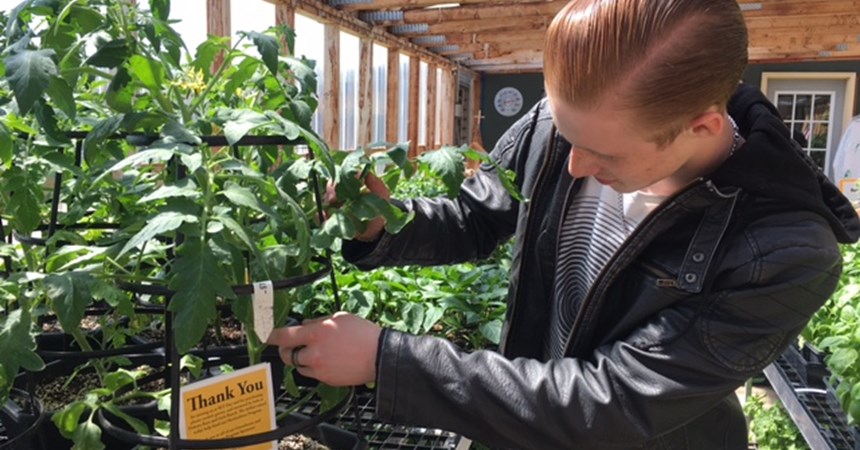 Tomorrow is graduation day at Dakota Memorial School, the on-campus school of Dakota Boys and Girls Ranch. This year, we have three graduates on our Minot campus.

One of these graduates is Anthony. Anthony has made a lot of decisions and changes in his short time at the Ranch. He says it's because his teachers and other Ranch staff believed in him and showed him his capabilities.

"Staff tell me I'm capable of doing something. I do it, and then I believe in myself. They let me know there is a lot you can do in life, and if you try hard you can get where you want to go," Anthony said.

One of the things Anthony has learned about himself is that he is a leader.

Tina Degree, principal at Dakota Memorial School in Minot, said she couldn't have asked for a better senior to come in as far as his leadership with other students.

"When Anthony came to the Ranch, he was unsure of his direction," Degree said. "He had no firm ideas about what he wanted to do with the rest of his life. Getting involved in different things on campus, and visiting with the school counselor, helped Anthony realize it was up to him. He could make choices about the rest of his life. He was very involved in getting ready for BLT Day. He could see what needed to be done. And then he just jumped in and did it."

Anthony also learned that he can be successful in school. "I'm capable of doing well in school. I'm running high honors and that's never happened before. I'm on the honor roll--for the first time ever. That feels pretty good. It shows that I'm smart enough to do it."

And that's a big deal! Before the Ranch, Anthony skipped school a lot. "I never cared about school. Now it's something I look forward to. And, I'm going to graduate!"

Learn more about Anthony's future plans in the next issue of Ranch Voice, coming in August 2017.