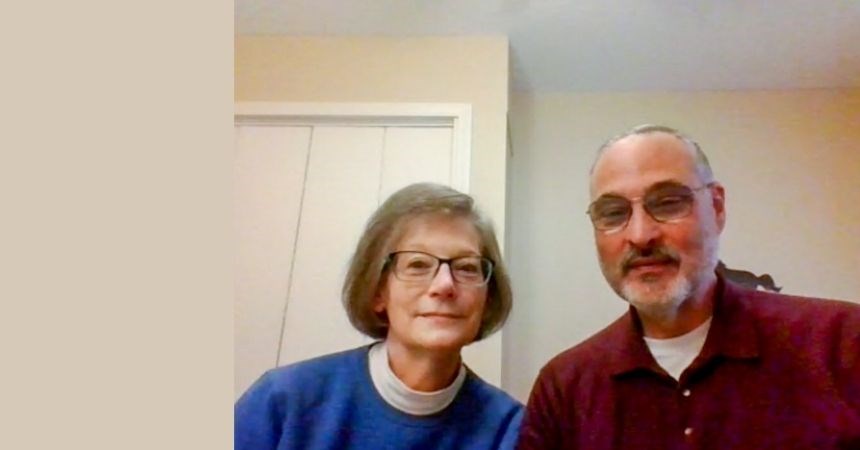 When Rev. Keith and Denise Less learned about Dakota Boys and Girls Ranch at a North American Lutheran Church national convention, they were drawn to the ministry because of the similarity between Keith’s background and that of many of the Ranch kids.

Keith’s mother had a mental illness, and in his words, “wasn’t always the most appropriate parent.” She moved back and forth from being abusive and over-focused, to being neglectful.

“I always felt I would have benefited from being removed from the home and placed somewhere like the Ranch for my protection,” Keith said.

While Denise’s childhood was more stable, her father was an active alcoholic. She and her two siblings credit their mother for the stability in their childhood—and for the fact that all three of them ended up in stable marriages of nearly 40 years.

In his many roles as an ordained minister, Keith has always found ways to support children in his congregation. During one of his calls, he did some youth pastoring and ran the youth group.

“Many of the kids in the youth group had a lot of stuff going on in their lives. I ended up kind of adopting some of them,” Keith said. “But I’m only one person and only so many kids cross my path.”

Giving to the Ranch has allowed them to broaden their impact on children’s lives. They are though, very humble about their charitable commitments. In fact, Keith and Denise weren’t sure their donations made them “worthy” to be interviewed for Ranch Voice. “When we were asked about being interviewed, Denise and I looked at each like, ‘Well, we’re not big bucks donors.’ They assured us that every little bit helps. Every dollar we give to the Ranch is important and valued. And, while that’s not why we give, it’s nice to know that our donations, regardless of the amount, are put to good use and appreciated.”

Keith and Denise’s 42 years of marriage began just months after they met. Keith was in Chicago visiting his family during a break from his first year of seminary, when he and Denise met at church.

They wrote daily letters and talked on the phone as much as they could.

“Both of us had hundred dollar plus phone bills, so we decided it’d be cheaper to get married,” Keith said. “We met in February, went on our first date in March, and got married that June.”

After Keith graduated from Concordia Lutheran Seminary in St. Louis, he took his first call in Iowa. From there they went to Arkansas, Alabama, Florida, Maryland, and now Kansas. As they moved around the country, Denise said she always found a way to fit in somewhere as an administrative assistant.

“I had my most unique position while we were in Maryland. I was the administrative assistant in the yacht repair department at a marina. In Florida, I worked as an office administrator at what is now the Tampa Bay Times, and a couple times I was the church secretary.”

Through it all, they tithed to their church. “Giving to church was something I observed from my mother,” Denise said. “When I started receiving an allowance—I think it was $2 a week—a percentage of one of those dollars was for us to give as a donation. It was just something I grew up with, and then you would read stories about people and the ministries they supported. I admired people for doing that, so I think that’s how it became a part of our financial routine as a couple. At first we didn’t branch out from giving to church.”

As they got older and had more resources, Keith and Denise both wanted to find creative ways to share. Their childhood experiences gave them a heart for supporting children.

Denise said. “I was attracted to the idea of what the Ranch has been able to accomplish. I like supporting a program where you’re giving kids an opportunity.”

Keith agreed, “The Ranch ministry is near and dear to my heart because the children, through no fault of their own, tend to be forgotten, and I don’t want them to feel forgotten. Especially boys—once they get past the cute and cuddly stage, they are the most easily and casually tossed away. I’ve written letters to some of the boys at the Ranch because I want them to know somebody out there is thinking about them. Giving kids a good start is something I’ve always felt was very important.”

This article was originally published in Ranch Voice: Spring 2021.