Reaping What Her Father Sowed

Continuing a Legacy by Giving to the Ranch 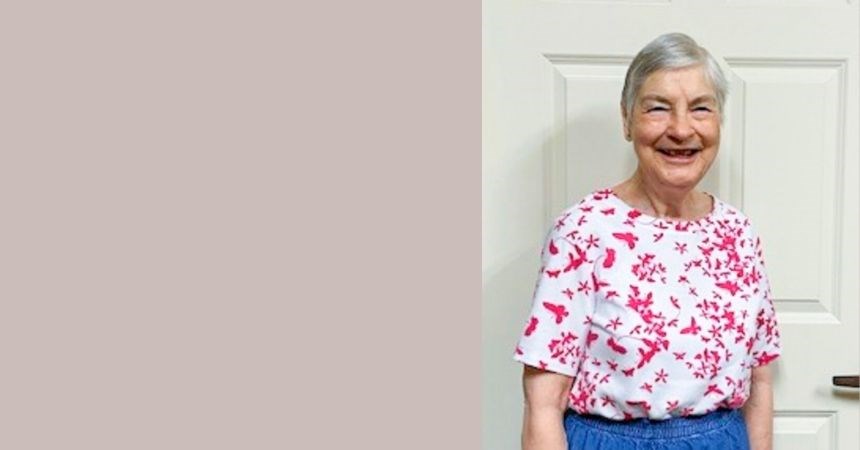 On March 30, 2011, Lola Vulles walked to her mailbox in a small town in Montana. As she flipped through the mail, she saw a letter from an oil company.

"I was curious to see what they wanted so I opened it up right there on the street. It was my first oil check and I wasn't expecting it. You know, they never tell you anything," Lola said. "I hyperventilated and barely made it back in the door and into the big chair."

Lola knew she owned mineral rights in North Dakota and that her parents had left to her and her three siblings. She didn't know they'd begun drilling on that land and that she'd be receiving dividends—dividends she would donate to her church, Dakota Boys and Girls Ranch, and other charities.

"I didn't need the money, and if I gave it to charity, I could use it as a tax deduction," Lola said.

Lola made a recent gift to Dakota Boys and Girls Ranch in memory of her parents, Dr. Charles E. and Lottie Stewart, "because that's where it all began."

Lola said, "Dad's mother died when he was ten years old, and by his own admission, he doubted if he went to more than three years of school. His dad farmed him out to aunts and uncles to slop the pigs. At some point he ran away from home and worked his way down into Chicago."

In Chicago, Charles found his way to the McKillip Veterinarian College. He told the dean he didn't have much schooling, but he wanted to be a veterinarian. They admitted him to the college and said he could stay if he kept his grades up.

It took him six years to complete a four-year course, and he graduated as a veterinarian in 1913.

He married Lottie Hartsoch, his second wife and Lola's mother, after his first wife died in the 1918 flu epidemic.

Charles and Lottie lived near Ray, ND, until 1939, when they moved to a small farm near Sanish, ND. Over the years, as Charles farmed, raised cattle, and operated a small veterinary practice, he built the farm into over 6,000 acres

"He'd go to the courthouse in Stanley," Lola said. "When he'd come home, he'd say, 'I bought some more land today.' They were selling land for $1 an acre to pay the taxes and he picked up a lot of land that way."

"Another time Dad said he was going to run into Stanley to do some business at the courthouse. This wasn't unusual. While he was there, he met a neighbor on the street who told him he needed some money and wondered if Dad would consider buying some of his mineral acres. Dad came home and said we owned a few more mineral acres."

In the 50s, Lola said the oil companies came through and used a seismograph to select sites most likely to have oil. At the same time, the Corps of Engineers was constructing the Garrison Dam, which would eventually put a portion of the Stewart land, including a house, under Lake Sakakawea.

Charles and Lottie sold much of the land, leased some to the oil companies, and relinquished the rest to the government when they claimed eminent domain. Thanks to Charles' savvy business sense, they maintained the mineral rights. They didn't benefit from the mineral rights in their lifetimes, but Lola's favorite charities are reaping the benefits of the portion she inherited.

Lola now lives in Montana's Flathead Valley, where she moved with her family after they sold the land, but North Dakota is still very precious to her. And, as a second-generation donor, she is well-acquainted with Dakota Boys and Girls Ranch.

Lola said her parents received letters from the Ranch. "I remember my dad coming in with the mail and tossing a letter from the Ranch on the table. He'd tell my mom to send them $25."

She also recalls her dad talking about the Ranch when they'd drive into Minot for parts. "We'd take Hwy. 2 from Stanley on and we would pass the Boys Ranch there on the hill. I've never been down in there, but Dad would always talk about it as we went by."

Lola is thrilled to memorialize her parents through her donations to the Ranch, and to help children in North Dakota who haven't grown up in families like hers.

"I just had a good old-fashioned home life," Lola said. "Mom had a garden and we raised all of our veggies. Dad was a farmer. He had cows for a while but as a full-blooded Scotsman, he liked sheep better. And he got two crops, a lamb crop, and a wool crop. I learned from them the value of hard work and truthfulness."

If you own land, or an interest in land, with oil, gas, gold, silver, and other precious mineral rights, you may be able to achieve your charitable goals while lowering your income and saving taxes.

Gift of All or a Portion of Your Land
You can receive the most direct tax benefit by giving all or part of your ownership interest in your land to a qualified charity. With the help of an appraiser who specializes in valuing this type of donation, you receive an income tax deduction for the value of the portion you give. This reduces your income and provides immediate tax savings while supporting the causes important to you.

Gift of Royalties
A common problem for oil and mineral rights holders is income that pushes them into the upper tax brackets with higher rates and fewer deductions. Landowners can agree to give a portion of their royalties to a qualified charity for a term of years. The landowner will not be taxed on the income. By making a gift of your royalties, you can achieve your charitable goals while lowering income and savings taxes.

Life Estate
When you give a charity a life estate in your land, you may continue using the land for as long as you live. Even though the land will not pass to charity right away, you receive an immediate income tax deduction for the present value of the remainder interest. The charitable deduction is usable up to 30% of your adjusted gross income and may be carried over up to five additional years if not used the first year.

Charitable Remainder Trust
To maintain the most income while maximizing charitable intent and charitable deductions, you can place your land into a charitable remainder unitrust. You receive an income tax deduction and payments based on a percentage (such as 5%) of the trust's value each year. Because the production will likely add more than 5% to the trust annually, the trust has the potential to grow and pay you more each year. After a lifetime of payments to you, the remainder goes to help further the mission of your favorite charity.